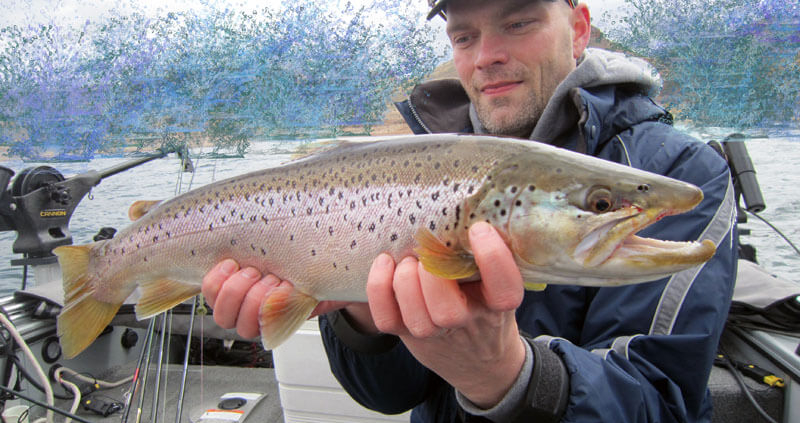 Blue Mesa came alive this weekend with nearly as much boat traffic as the 4th of July!!! Fishing was excellent with limits of kokanee being caught as well as some trophy lake trout. Unfortunately, a lot of the bigger fish I heard about being caught were killed including the beautiful monster that I released one week ago. The only reason I am sure it is the same fish is a divot out of the top of this old fish’s tail where some white coloration had grown in.

Catch and release works, especially on fish that are 20-40+ years old! That fish gave me a memory I will never forget and the guy who caught it yesterday a memory he will never forget, but the lifetime memories for that fish stop here. PLEASE consider getting a replica if you are fortunate enough to catch a trophy! Replicas last a lot longer and look just as good! I hate to sound like a broken record, but this is very important if we as fishermen and women want to sustain a fishery with trophy lake trout!

Check out the trophy lake trout under water release video below! The surface temps jumped up 5 degrees yesterday and the salmon came up with them! We are finding salmon from the surface down to 40 feet and catching them on the usual array of dodgers, spinners, squids, and spoons. The color changes daily so try several until you dial them in. The trout fishing is still good, but they are going to drop deeper as the water temps rise.