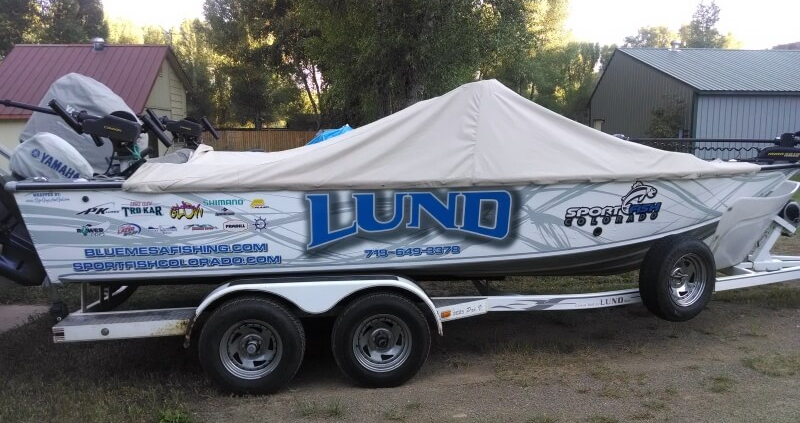 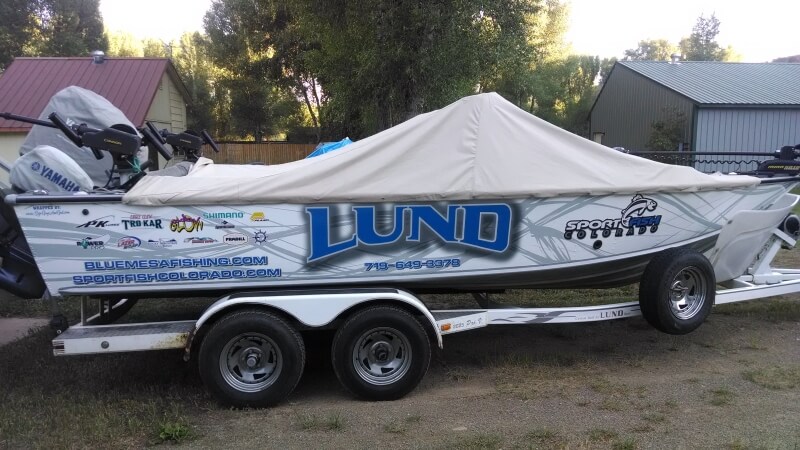 2005 Lund Pro V IFS all rigged up for fishing! With Yamaha 250 horse​ HPDI (2 stroke) and Yamaha T-8 kicker motor with electric tilt and electric start​​ ​(4 stroke). I haven’t had the big motor hooked up to the computer in a few years, but I would guess it has between 1000 to 1200 hours, but don’t let this scare you away. ​ Both of these motors have been well maintained and never left me stranded! ​The kicker motor has a lot of hours too, but there is no way to tell how many for sure. ​The big motor has had yama-lube and ring free used in it most all if its life​ and I always use Stabil Marine Treatment when I get fuel​. The big motor had a new power head under warranty a year before I bought it in 2010.​ ​I had to replace the high pressure fuel filter,​​ ​had some issues with the fuel system​ ​and had to have the trim/tilt rebuilt and new seals put in the trim/tilt this winter. I​’​v​e never had any issues with the kicker motor except for I had the​ ​electric ​trim re​-built​​ ​last​ ​spring​​ ​​I had the lower unit oil changed on the big motor at the end of last fall and I just changed the lower unit oil on the kicker motor a few days ago. ​​ ​All regular maintenance has been preformed and most of it has been performed by myself or Canon Marine​ ​in Penrose, CO​. The boat has an almost brand new protective wrap that has a 5 to 7 year life. The phone number logo and sponsor logos are all stickers that can be removed. Underneath the wrap is the factory paint and sticker job with a fair amount of marks and dock rash. The boat also includes a​​n 80 pound thrust Minnkota I-pilot electric trolling motor with universal sonar. This motor is two years old and has the new i-pilot remote. The boat also includes three fish finders (Lowrance HDS5 with structure scan, Lowrance HSD5 w/lake insight, Lowrance Elite 5 with gps and lake maps), wave Wacker’s, 4 ram rod holders, CB radio, a Bimini top with front, side and back curtains to make it a full enclosure, motor covers, a full snap on protective travel and storage cover, a built in wash down system, troll master for the kicker motor, four Lund seats, two built in bait wells with minnow buckets, two livewell, one of which is big enough to fit a 35 lbs+ lake trout in, never used snap in carpet, an aluminum and stainless steal prop.  This boat does not come with downriggers, but does have Cannon aluminum mounting tracks for mounting down riggers as well as the wiring for downriggers!

The traile​r is a 2005 prestige with three ​​brand new tires and​ ​​one​​ ​with moderate wear.​ ​It has a bow-guard that protects the boat while towing.​ ​I bought this boat from a guy in Minnesota and the trail​e​r had a fair amount of rock chips and rust from the rock salt. The rust has progressed a little but not much in the five years that I’ve owned the boat. Currently the traile​r brakes do not work but can be fixed for $500.00 or less according to my mechanic. All of the lights work. All of the bearings are grease bearings with bearing buddies that I just had switched out from oil bath hubs last summer.

Cosmetics-
The boat was previously owned by a gentleman in a wheelchair which took its toll on the bow carpet. The snap in carpet has never been used and the stern carpet is in decent shape. Both plastic dashes have some Chips and cracks which was an issue with the previous owner as he gave me a replacement dash for the driver side that I never installed and still have. Everything else is in fairly good shape and working order.

Blue Mesa Fishing Report: the ice is near, but not here!